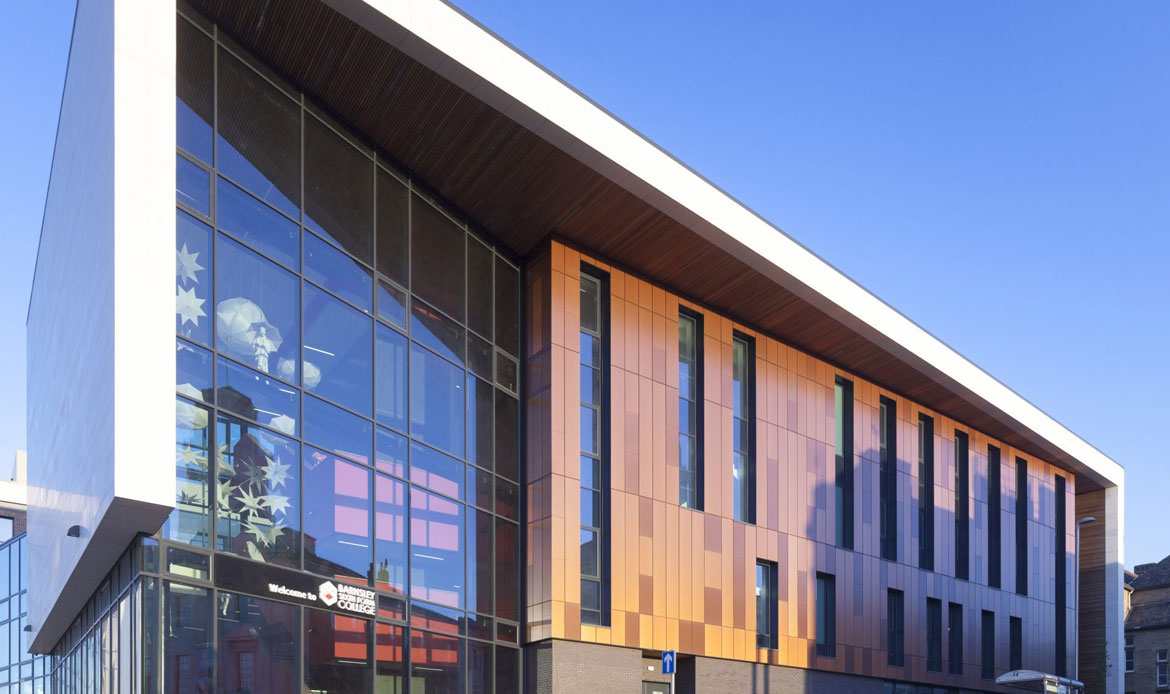 Facade cladding is a building covering that is intended to support only its own weight and withstand the effects of environmental forces such as wind. It is not intended to assist the structural integrity of the building. There are two main types of curtain walling construction: “stick” and “unitised”

Aluminium is typically used for facade frames because of its strength and stability. It is also highly durable, moisture and corrosion-resistant and 100% recyclable.

With “stick” cladding, the curtain wall frame is constructed mainly on site with mullions and transoms supporting glass connected piece by piece. Each mullion is usually supported by the floor or perimeter beams.

In unitised facade construction, on the other hand, the facade is composed of large units that are assembled in the factory, shipped to the site and erected on the building. With unitized cladding, about 30% of the work is done on site, while 70% is carried out in the factory. Aluminium profiles are used to form the frame, which is normally one-storey high. Opening vents, glazing and infill panels are built into units before being transported to site.

Benefits of unitized facades are:

Improved quality control
Concurrent manufacture and site preparation - units can be assembled while the structural frame is being built on site
The facade can also be completed a floor at a time, allowing parallel internal work
Quicker installation, requiring less manpower on site
No need for scaffolding
Can be installed from the interior of the building - this is ideal for high towers or building sites where there is a tight footprint
Less space is needed on site for layout – another advantage
No transfer of noise from floor to floor